Ta-Jon Maltese is owned by Tammy & John Simon in the wonderful state of Oklahoma, in the USA and was begun in1989. Doggy Bow now officially sponsors Ta-Jon Maltese which is known world wide by consistently producing top winning Maltese. We are honored that Doggy Bows will now always be the finishing touch to these beauties in the show ring.

Ta-Jon Maltese has produced over 85 AKC champions. They currently have 116 All Breed Best in Shows, including Ch. Ta-Jon’s Tickle Me Silly, Ch. Ta-Jon’s Whose Your Sugar Daddy?, GCh. Ta-Jon’s Just Bee-Ing Silly, and GCh. Ta-Jon’s Pawsitively Pawparazzi. Ta-Jon has also had six National Specialty Best of Breed winners with four different Maltese. The Ta-Jon name is also recognized around the world with several World Winners and multiple Best in Show winners. Their dogs are also seen excelling in the obedience, rally and agility rings they currently have the number 5 agility Maltese! Tammy and John consider one of their greatest achievements as producing and handling the top-winning Maltese in AKC history, Ch. Ta-Jon’s Tickle Me Silly. With the help and guidance of Sam and Marion Lawrence, Silly was campaigned for two and one-half years with Tammy as breeder and handler. During this campaign they won 103 All Breed Best in Shows, three National Specialty BISS wins, #1 Toy 1997 and 1998, and #4 Dog All Breeds in 1998. Silly is also the only Maltese honored in the 100 Century Club.

Tammy is also a member of the parent breed club, American Maltese Association, where she has served in various specialty volunteer positions, including serving as a judge for the 2012 national specialty sweepstakes competition. 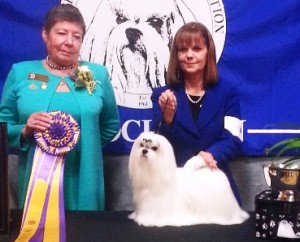 Thank you to Victoria Chedygov for the wonderful videos of “Stealer ” below.

Learn to Groom at Home ➡️

Groom your Maltese at home with confidence! 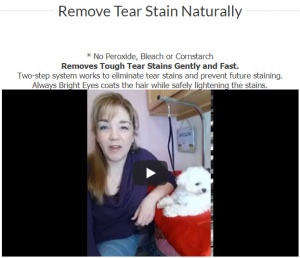